Walt Disney always intended for his parks to adapt to the changing environment of current entertainment produced by the Walt Disney Company, and recent acquisition of various intellectual properties such as Lucasfilm and Marvel have certainly provided them with ample content for expansion. I recently had the opportunity to spend a day at Disneyland to check out some of the new rides, characters, and construction currently over-taking the parks.

Pixar Pier will be the newest project to complete construction in the California Adventure Park at Disneyland Resort.  Most of the pier was entirely closed down to allow for the re-imagination of this region of the park.  As of February 24th scaffolding and barriers were strategically placed around the existing buildings and rides to allow workers to complete their tasks in relative privacy away from the prying eyes of guests.  Pixar Pier is schedule to open completely on June 23, 2017 with a re-imagining of California Screamin’ into a new Incredicoaster inspired by Pixar’s ‘The Incredibles.’ However, a limited time event called “Pixar Fest” will run for a short time starting April 13, 2018 with a Pixar themed parade and showing of “Paint the Night.” 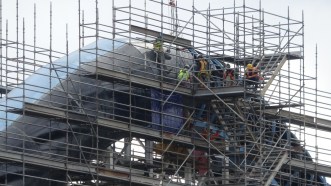 One of my favorite locations The Cove Bar (complete with the most amazing Lobster Nachos that have always been my post-half marathon treat) is also being reconfigured into the Lamplight Lounge.  When I spoke to a bartender who was temporarily located at Carthay Circle Lounge, I was please to discover that the Lobster Nachos would be returning.  In the meantime, if you’re like me and you’re a massive Disney fanatic you can try out what is known as Walt Disney’s favorite drink the Scotch Mist at Carthay Circle Lounge. 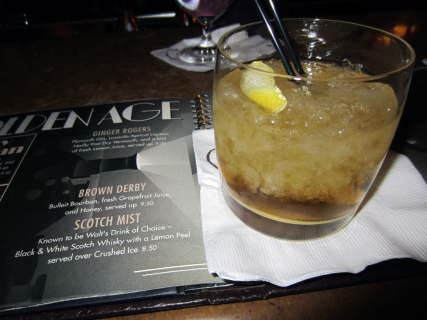 In addition to new rides, characters from The Incredibles, Inside Out and other popular Pixar films will have a significant presence in the new pier “neighborhoods.”

Travel farther west in the park and you will be able to find Black Panther, and his bodyguards the Dora Milaje until May 1, 2018.  During my time there the wait to meet Black Panther ranged from 45-70 minutes, while one member of his Dora Milaje stood guard outside with a much shorter wait time.  You cannot pass up the chance to meet the newest members of the Marvel Family. 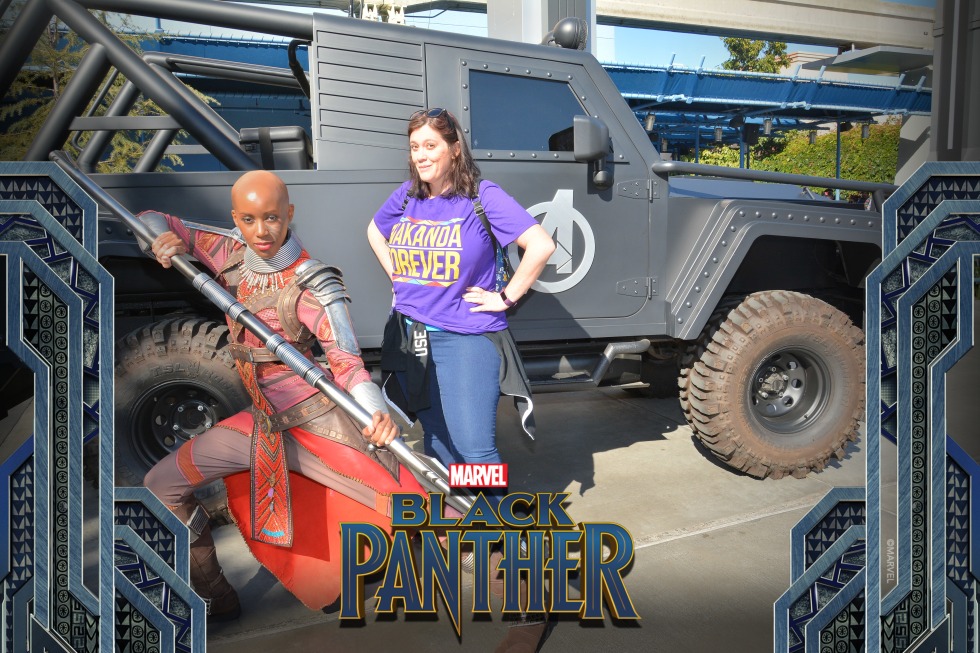 Of course, one of the biggest changes coming to Disneyland is the addition of Star Wars: Galaxy’s Edge which is set to open in May of 2019.  When riding Star Tours you can down get a brief glimpse of Batuu at the conclusion of your adventure as you safely land after escaping General Hux and the rest of the First Order troops on Jakku and Crait.

All we know about Batuu at this time is that it is a remote outpost on the Galaxy’s Edge that is home to smugglers, rogue traders, and various adventurers looking to make the most of being on the frontier of uncharted space.  Two attractions that are currently under construction put you on the bridge of the Millennium Falcon and a Star Destroyer.  Of course, we can expect to see our favorite Star Wars characters and a plethora of merchandise (some of which is already available at Star Tours). 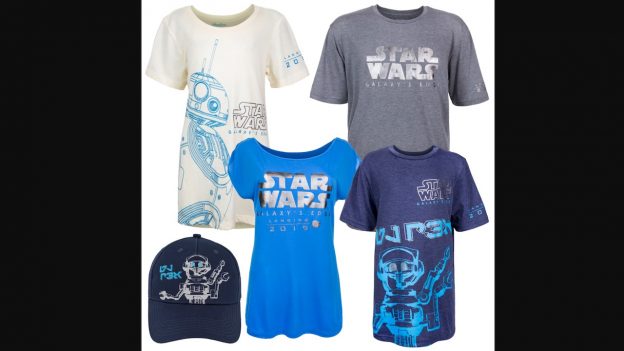 Stay tuned for more on events at Disneyland and other Disney properties throughout the year, including a day from the California Adventure Food and Wine Festival on March 10, 2018!

iThere are no comments

Begin typing your search above and press return to search. Press Esc to cancel.